You are here: Home › Jason

If you’re running a GA account with anything much beyond the defaults, you probably have some kind of traffic exclusion filters on — I know I usually do! Do you have an unfiltered view that has no filters at all? If so, do you ever look in there? And when you do find some kind […]

I’ve long been a proponent of the “Do Not Track” (DNT) browser setting, including writing an article a few years ago on how to track how many users have DNT turned on. DNT is a simple signal sent in the header of all HTTP requests indicating that a user doesn’t want to be tracked. No […]

Did you know that your site probably serves up more pages to bots than humans? Unless you’re looking at a site with a high amount of users, that ratio could be quite tilted towards bots. This isn’t a bad thing, a lot of bots are crucial to to the functioning of sites and the internet […]

It was surprisingly cold for April in Belgrade; later that week there would be sleet. I would’ve put on a heavier jacket or hat, but I didn’t have one. In fact I didn’t have any other clothes at all aside from the ones I was wearing, which I had been wearing for the last three […]

There are a few questions that frequently come up in Google Analytics with respect to data processing: 1. “When will my data show up in GA”? 2. “When is yesterday’s data complete in GA”? 3. “Can I edit or remove data in GA?” And finally a slightly less commonly-asked question I am also looking to […] 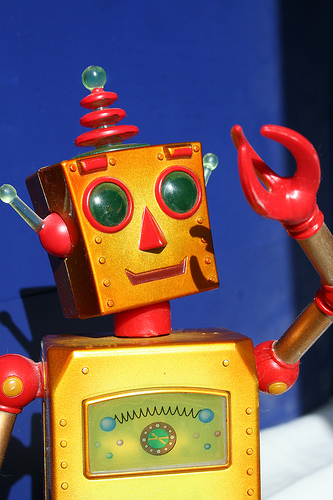 Update Nov 1, 2017 Since I first published this article in July adoption of ads.txt has exploded, measuring as high as 44% measured on a different list but using the same crawler I used. This is great, and one of the big reasons for the growth into a sustainable standard is Google supporting checking ads.txt […]

December 2017 update (blocking levels down some). June 2016 update (blocking levels a little higher). There’s now a significant number of users that use ad-blockers, estimated at about 15% in the US (according to PageFair), and that number grew quickly in 2015. Extensions like AdBlock Plus, NoScript, and Ghostery are incredibly popular (#1, #4, and #6 amongst the […]

UPDATE Nov 2019: After 3+ years of running this service I’ve decided to stop running it, as this kind of spam is pretty rare now and not worth the maintenance from my side or the user’s side. Thanks to everyone who gave me feedback and helped ID spammers! If you have a Google Analytics account […]